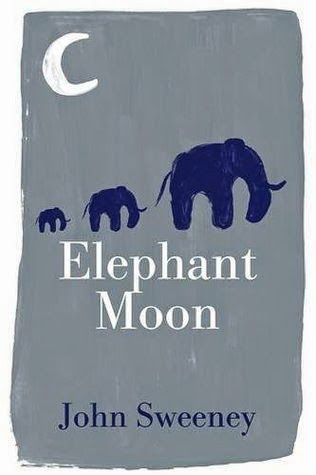 This is a rather interesting work, set in pre-independence Burma, revolving around schoolteacher Grace Collins and her efforts to lead her schoolchildren out of a nation under attack from the Japanese and into the relative safety of India. This is a fascinating look into the period, but also intriguing for me as an Indian. The author, veteran BBC journalist John Sweeney, sets the period, the location and the characters up beautifully, but at times the historical aspects seem to be questionable. That said, I am more than willing to concede that my history books are probably slightly limited by Indian biases as well, so the true events probably lay somewhere in the middle.

Synopsis via Amazon (yep, I'm feeling lazy again, but my own attempt got a bit too detailed and meandered on for 3 paragraphs):

As the Second World War rages, the Japanese Imperial Army enters Burma and the British rulers prepare to flee. But the human legacy of the British Empire will be left behind in the shape of sixty-two Anglo-Burmese children, born to local women after affairs with foreign men. Half-castes, they are not acknowledged by either side and they are to be abandoned with no one to protect them. Their teacher, Grace Collins, a young Englishwoman, refuses to join the European evacuation and instead sets out to deliver the orphans to the safety of India. She faces impossible odds because between her and India lie one thousand miles of jungle, mountains, rivers and the constant, unseen threat of the Japanese. With Japanese soldiers chasing them down, the group s chances of survival shrink - until they come across a herd of fifty-three elephants who, with their awesome strength and kindness, quickly become the orphans only hope of survival.


Grace is a most striking character. Smart, resourceful, capable, and so utterly resolved that it seems unfathomable that anything can get in her way. Indeed, as the novel progresses it becomes clear that nothing can break her and no problem can truly last before her strength and determination. She is a caring guardian to the sixty-two children in her care, some of whom are also fleshed out as characters, and grows from a young woman who is already smart and capable to one who has survived the worst humanity has to offer and still takes her wards through to safety. Along the way, she meets many characters, such as the hapless Mr Peach (who grows from an awkward and occasionally unreasonable man into a respectable leader of men, and a man worth caring for), the loyal (not to the British army) Jemadar (Grace's first great love and a brave soldier), Sam Metcalf and Havildar Singh of the elephant patrol, homicidal maniac Eddie Gregory, and others. Each of these characters is interesting in their own way, and Sweeney does well to make each of them a reasonably full character. Grace, a headstrong woman of (apparently) incomparable beauty has quite the effect on each of these men in different ways, but at no point uses this to get what she wants. Most of them, however, were well and truly won over by Grace as a person, and did whatever they could to help her with her mission.

The tale is based on a true story of elephant patrols shepherding refugees from Burma to India, and Sweeney acknowledges this. This tale itself, however, is utterly fictional, and a fair bit of work clearly went into researching the settings in which they'd have operated. The locations are pretty well researched, and the customs and attire are well in keeping with the British Raj. Some aspects of the history seem slightly off to me, but as I already noted, this often happens with history as told through multiple lenses. Sweeney can't help approaching this as a British journalist, while I can look at this differently as a South Asian. Having lived in England for a while I can definitely state that there are far greater differences in the way British colonial history in India is taught between the two countries, so I can only help but note that Sweeney has put some effort into his research in this area as well. On the whole, this is a good work for getting an idea of what Burma was like in those days, but not so much for the present (which few among us can truly be clear about).

It's a well-written book, with good style, great characterisation, an interesting concept and plot, and certainly as a work of historical fiction. There are clumsy moments at times, admittedly, but on the whole this is decidedly one of the better books I have read in a while, and I wholeheartedly recommend it.
Posted by Unknown at 10:41