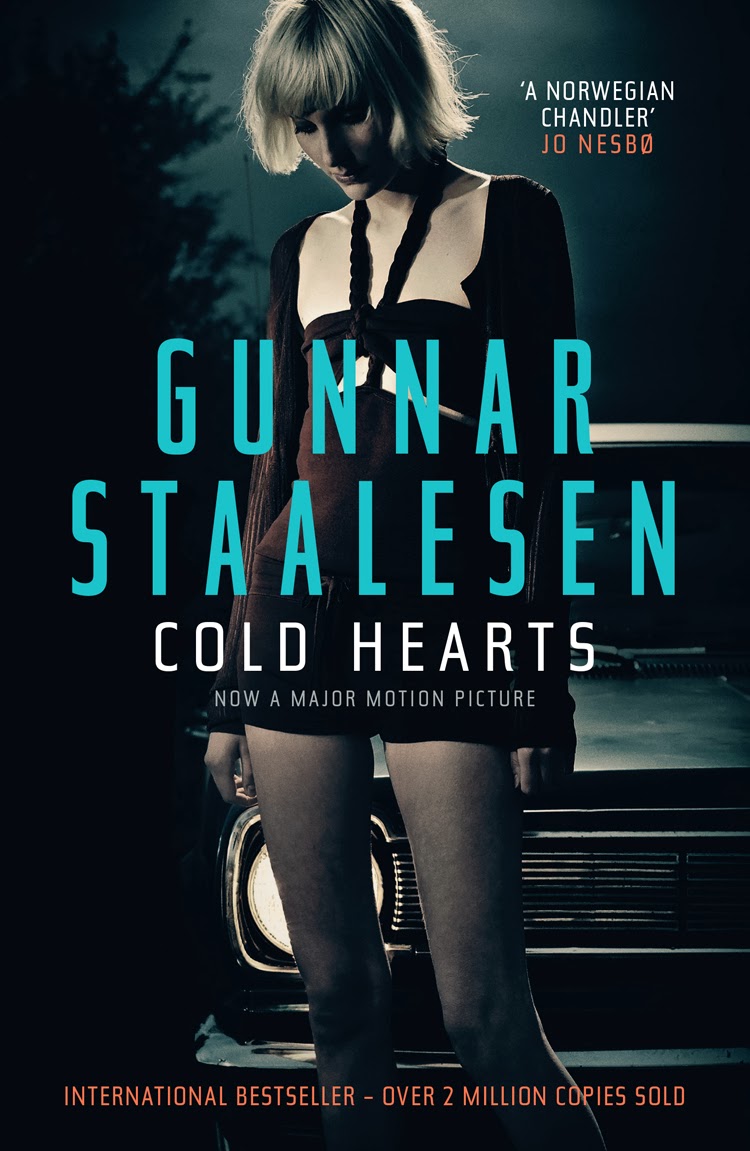 Location: Norway
Author: Gunnar Staalesen
Year: 2008 (published in English by Arcadia in 2012)
Genre: Murder Mystery (Crime/Thriller)
Theme: The latest in the Varg Veum series of novels, where private investigator Veum sets out to track down a missing prostitute and finds the troubling background of his case intersecting strangely with some other incidents...

Gunnar Staalesen is one of the greatest Norwegian crime novellists of our time (and for those who are not into crime fiction as of now, I should mention that there's a fair bit of competition on that front). His series of novels featuring Varg Veum (16 novels, in addition to some short stories and a co-written work) is definitely the most notable part of this career, and of the 5 Veum novels translated into English Cold Hearts is the latest and certainly ranks up there with his best works.

Set in the city of Bergen, Cold Hearts (as always) centres on private investigator and former social worker Varg Veum. Much of the story is told in flashback despite following a straight narrative all the way through once the flashback starts, a relatively unusual choice for this series. The case starts off when a young woman named Hege (indeed, Varg's son's former classmate and ex-girlfriend) walks into his office with a case. But don't be fooled, this is no 1920s noir narrative where a classy/glamorous but tough dame walks into a private investigator's office. No, as with much of contemporary Scandinavian crime thrillers, this is grittier and more real in today's world. Hege, who could so easily have been Varg's daughter-in-law, is now a prostitute, and wants Varg to find her friend and colleague Margrethe aka Maggi, as the police rarely bother themselves with missing prostitutes. As Varg digs deeper into Maggi's background (leading to the occasional confrontation with her pimps), he finds intersections with other ongoing cases, all of which seem to tie into the troubled family background in which Maggi and her siblings grew up. With a troubled family background and ongoing problems, in their youth Maggi and her siblings ended up in the care of a neighbourhood committee that took it upon themselves to take care of the kids given the parents' own inadequacies. With his social work background also bearing upon the investigation, Varg follows multiple interwoven threads and also explores the flaws created by a social setup that may have interfered more than it should have to create lifelong problems for the children. As he follows a case growing ever darker, Veum finds that he may very well end up with a trail of bodies if he doesn't find the answers soon enough...

This is a gripping novel, and as with many Scandinavian thrillers mixes a noir approach with a gritty, edgy feel that feels very contemporary. Staalesen does not shy away from exploring the seedier parts of society, nor should he given the genre he's writing about. Veum is a character who is both the classic detective and the everyman, an interesting character who engages the readers, while others are also well fleshed out. The plot itself is intricate and very well crafted, a must for crime novels, though at times it does feel a little convenient that practically every major crime in the city begins to tie into the case Veum himself is pursuing. Staalesen also does well at describing the setting of Bergen, painting a detailed picture of each district and neighbourhood that Veum visits and where events transpire. It's a very personal depiction of the city, something Staalesen tends to do in most of his novels, and one that serves the novel and the readers well.

On the whole, this is a crime thriller worth picking up. Don't worry if you haven't read other books in the series - it is easy to make out what's going on and the setting itself is a modern one that most of us in cities can engage with, particularly with Staalesen's descriptions of the neighbourhoods and key locations. And if you like it, you can definitely pick up some of the other novels in the series! All in all, an enjoyable read (er, if you enjoy serious crime novels).
Posted by Unknown at 03:01